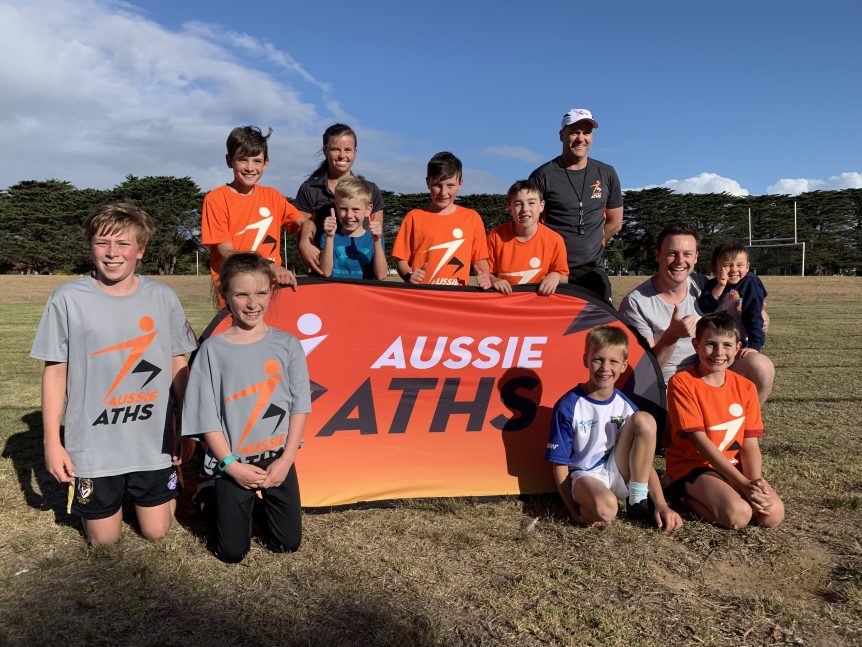 Chris Crewther MP, Federal Member for Dunkley, says the Aussie Aths kids’ health and fitness program is the perfect example of how to engage kids in sport and community activities.

Mr Crewther paid a visit to an Aussie Aths session at Mornington Secondary College and channeled his younger days growing up in Horsham, in Victoria’s western districts, to join in the session with an enthusiastic group of kids.

“It’s good to see kids of all ages engaged in sport and also engaged in the community and keeping fit,” Mr Crewther said.

Mr Crewther, who ran cross country at school at local, regional and up to state championships level, said the use of community facilities like Mornington Secondary Collage for after school sport and recreation programs benefitted everyone.

“If you can engage youth, not only in sport but in the community in education and employment it can ensure they can avoid a lot of the negative issues when young people are bored or they don’t have activities to go to or aren’t involved in the community,” Mr Crewther said.

The program was developed by Olympic long jumper David Culbert with the goal of helping kids get healthier, fitter and faster and is designed to teach the ABCs – agility, balance, coordination and speed – of every child in a fun, game-based program.

And with one in four Australian children overweight or obese according to the OECD*, the

“It’s not just for people who want to be in elite sport. Engaging in sport generally and physical activity in the community is a good thing,” Mr Crewther said.

Move it Australia aims to have every child accumulate at least 60 minutes of moderate to vigorous intensity physical activity every day.

And in a boost to local athletics and soccer on the Peninsula, a new athletics track with soccer fields at Civic Reserve, funded via $3 million in federal government funding secured by Mr Crewther and the Hon. Greg Hunt MP, plus over $3 million in funds from the Mornington Peninsula Shire Council, is due to open in May.

And in a plus for time-poor parents, Aussie Aths only goes for an hour and runs at various times and locations after school on Mondays to Fridays, and on Saturday mornings during school terms.

* Source – A picture of overweight and obesity in Australia, 2017.  Australian Institute of Health and Welfare